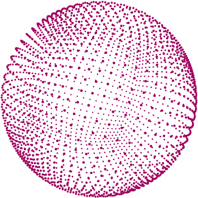 ATTRACT is a research initiative funded by the European Commission’s Horizon 2020 research and innovation programme and co-lead by the following leading European research institutions:

AALTO University is a multidisciplinary university in the fields of Science and Technology, Economics, Architecture, and Art and Design. It has 409 faculty members and a student body of 20,000, 70% of which are students in Science and Technology. AALTO University was founded in 2010 by merging three Finnish universities: The Helsinki School of Economics, The University of Art and Design Helsinki, and Helsinki University of Technology. The three schools are all leading institutions in their respective fields and in their own right. Aalto University is a multidisciplinary community where Science and Art meet Technology and Business. The university is committed to identifying and solving grand societal challenges and building an innovative future.

EIRMA is a member-led, independent, non -profit organisation that gives a European perspective on the global management of applied R&D and innovation. Its membership includes over 90 major companies and several SMEs, based in over 20 countries and operating in a wide variety of sectors. The Association enables frank discussion between practitioners, and the exchange of practical experience with people who face similar challenges. Any company carrying out R&D and/or innovation in Europe can join EIRMA and benefit from these opportunities to learn from others and to test their ideas and approaches by presenting them to peers.

EMBL is Europe’s flagship laboratory for the life sciences. Established in 1974 as an intergovernmental organisation, EMBL is supported by over 20 member states. EMBL performs fundamental research in molecular biology, studying the story of life. The institute offers services to the scientific community; trains the next generation of scientists and strives to integrate the life sciences across Europe. EMBL is international, innovative and interdisciplinary. Its more than 1700 staff, from over 80 countries, operate across six sites in Barcelona (Spain), Grenoble (France), Hamburg (Germany), Heidelberg (Germany), Hinxton (UK) and Rome (Italy). EMBL scientists work in independent groups and conduct research and offer services in all areas of molecular biology. EMBL research drives the development of new technology and methods in the life sciences. The institute works to transfer this knowledge for the benefit of society.

ESO, the European Southern Observatory, is the foremost intergovernmental astronomy organisation in Europe and the world’s most productive astronomical observatory. ESO provides state-of-the-art research facilities to astronomers and is supported by Austria, Belgium, the Czech Republic, Denmark, Finland, France, Germany, Italy, the Netherlands, Poland, Portugal, Spain, Sweden, Switzerland and the United Kingdom, along with the host state of Chile. Several other countries have expressed an interest in membership.

The ESRF is the world-leading source of synchrotron and a centre of excellence for fundamental and innovation-driven research for imaging and studying the structure of matter at the atomic and nanometric scale in all fields of research. Located in Grenoble, the ESRF owes its success to the international co-operation of 22 partner nations, of which 13 are Members and 9 are Scientific Associates. Following on from 20 years of success and scientific excellence, the ESRF launched the ESRF-EBS -Extremely Brilliant Source- project (150M€ over 2015-2022). Centred on rebuilding the ESRF storage ring, EBS will deliver unprecedented source brilliance and coherence (~100x), offering scientists with a powerful new instrument to look even deeper into the structure of materials and living matter. EBS also includes the construction of new state-of-the-art beamlines, a scientific instrumentation programme with ambitious detector projects and a data management and analysis strategy.

The European XFEL is a 3.4 km long research facility extending from Hamburg to the neighbouring town of Schenefeld in the German Federal State of Schleswig-Holstein. With its repetition rate of 27,000 pulses per second and a peak brilliance a billion times higher than that of the best synchrotron X-ray radiation sources, the European XFEL enables the investigation of scientific problems in a variety of disciplines, including among many others: Structural Biology, Chemistry, Planetary Science, the study of matter under extreme conditions.

The Institut Laue-Langevin (ILL) is an international research organisation that is a world leader in Neutron Science. Since its foundation in 1967, the Institute is a shining example of scientific cooperation. Presently 10 European countries (Spain, Switzerland, Austria, Italy, Czech Republic, Sweden, Belgium, Poland and Slovakia) ensure the necessary financial support for the ILL operation under the governance of 3 Associate Member countries: France, Germany and The United Kingdom. The research conducted at the ILL is dedicated to fundamental research (60%) as well as societal challenges research (40%). It covers a wide range of disciplines such as biology, (green) chemistry, materials science, condensed matter physics, as well as nuclear and particle physics.